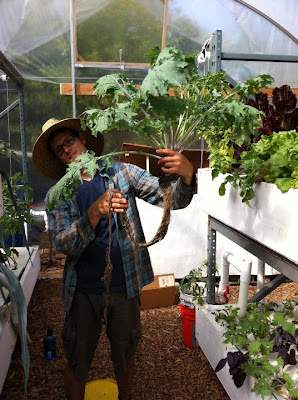 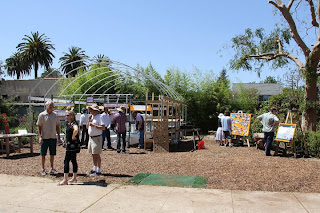 This location is home to the birthplace of EVOFarm, likely the only commercial farm in West LA. Using a method of intensive, sustainable food production called Aquaponics, it is able to grow more food per square foot than any other method, while also being the most water efficient. Councilman Bill Rosendahl previewed EvoFarm - see the video! Read more about EVOFarm in this recent article and this one in the LA Times.

Aquaponics is the merging of hydroponics (soilless food production) and aquaculture (fish farming). Simply put, the fish (which can be edible varieties) provide the fertilizer for the plants while the plants filter the water for the fish. It’s a symbiotic relationship that demonstrates biomimicry in its truest form.

A typically aquaponics system uses 90% less water than conventional farms. But EVO Farm pushed further to rely on rainwater catchment to provide all of the needs for the fish and plants. Not only does the system have zero impact on water usage, but it also exceeds organic standards. With an emphasis on heirloom varieties, EVO Farm grows some 40 varieties of lettuces alone, plus kale, bok choi, leeks, tomatoes, herbs, peppers, celery, mustard greens, cress, and more.

To further lessen its impact, EVO Farm turns all of its waste streams into opportunity. Anything that is not directly consumed is composted to generate worm castings, which can be reintegrated to the system in the form of tea. Another compost pile is harnessing the power of biodegeneration to help regulate water temperature by transferring heat from the pile to the aquapoincs system.

EVO Farm sells its food through a CSA on a limited basis to the local community and will be expanding its shares when its new locations come online. 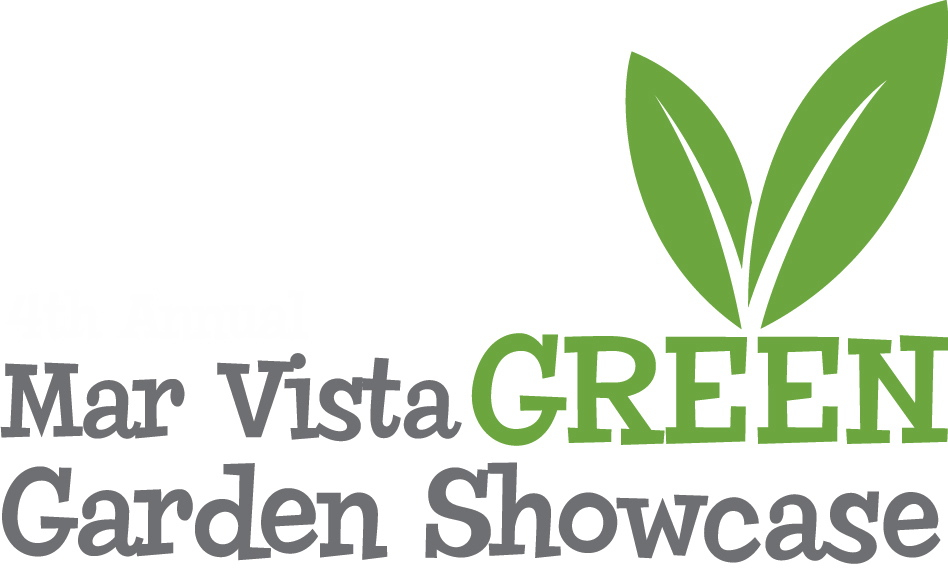 Click here to open a printable map. Click here to view an interactive MAP of all the gardens in the 2018 Mar Vista Green Garden Showcase and plan you own tour. We will have some print copies of the map at Showcase Central but are relying on visitors to use their electronic devices to plan their tour. We are trying to cut down on the paper we use for the tour. Hope all will agree that is a worthy goal for a sustainable garden tour.

This year's SHOWCASE CENTRAL is at The Learning Garden at the corner of Venice Boulevard and Walgrove (enter on Walgrove). Great place to kick off your tour and see an amazing array of plants and sustainable practices under the guidance of Garden Master David King. And be sure to meet Joy Sun of the Seed Library of Los Angeles. The Mar Vista Green Garden Showcase is a bespoke, DIY tour, therefore we don't have a huge number of volunteers. So download your map and plan your garden tour beforehand. But be sure to visit the Learning Garden at some point, it's an incredible place and a real treasure for our community.

Click here to see a list of landscapers, with links to the Mar Vista Green Garden Showcase gardens they designed.

GREEN GARDEN SHOWCASE IN THE NEWS

Green Sites You can Check Out